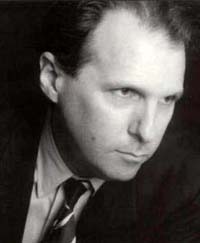 Raised and educated in England, William R. Wilkerson III, is a graduate from the University of Southern California with a degree in music composition. As a writer, some of his books include Hollywood Godfather: The Life & Crimes of Billy Wilkerson, The Man Who Invented Las Vegas, and The Monk’s Son. He has also been published in numerous periodicals and newspapers including The Los Angeles Times, The Hollywood Reporter, USA Today, The Herald Examiner, and The LA Weekly.

Wilkerson has lectured widely on Las Vegas folklore and Hollywood history, delivering presentations to such groups as The Mob Museum in Las Vegas and The LA Angeles County Museum in Los Angeles.

As an on-camera historian, he has appeared on such T.V. shows as A&E’s “Biography”, E! Entertainment’s “Mysteries & Scandals,” and The Learning Channel’s “The Secret History of Las Vegas.” and The History Channel.

As a songwriter, Wilkerson has written for such legends as Mary Welles, Marylin McCoo (5th Dimension), Larry Graham, Scherrie Payne (The Supremes), and The Flirtations. He was even co-writing and co-producing an album project for Joan Collins (Dynasty) with Marvin Gaye before the Motown superstar’s untimely demise in 1984.

As an arranger, producer and studio musician, Wilkerson has worked extensively in Los Angeles and London. He recorded his first solo album in 1972 under his own record label. After a series of successful performances in Hollywood, Wilkerson was signed to a major music publishing contract in England with Chappell Music in 1978.

As a composer, Wilkerson studied under such film music luminaries as David Raksin, Paul Glass and Hugo Friedhoffer. Wilkerson’s uncle, the legendary film star/dancer, Donald O’Connor, schooled him in every aspect of the entertainment business both in front and behind the cameras.

Wilkerson has also composed musical scores for both TV and industrial films, most notably, the score for AMC Theater’s logo in 1986.