I’ll be making additions as I go along. Enjoy!

The Life and Crimes of Billy Wilkerson 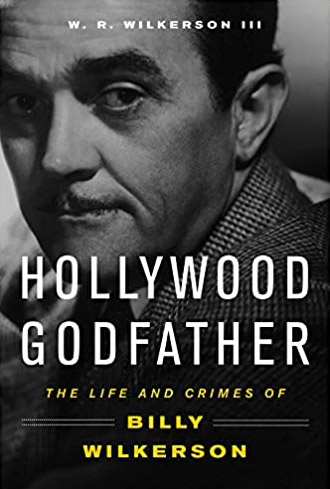 This is the definitive biography of the most powerful man in Hollywood during the 1940s and ’50s, the man who founded the Hollywood Reporter and the most storied nightspots of the Sunset Strip, introduced Clark Gable and Lana Turner to the studios, invented Las Vegas, brought the Mafia to Hollywood, engineered the shakedown of Hollywood studios by Willie Bioff and his mob-run unions, ordered the murder of Bugsy Siegel, started the Hollywood Blacklist, and helped destroy the studio system.

Perhaps nobody in Hollywood history has ever ruined so many careers and done so much damage to the industry as Billy Wilkerson—the Blacklist alone has been called Hollywood’s Holocaust.

Read more and order the book or audiobook >

“Mr. Wilkerson’s fascinating book, with its marvelous anecdotes and pause-giving speculations, reads like the wind.”
– The Wall Street Journal

“Payoffs provided a generous living for gangsters like “Handsome Johnny” Rosselli, who with his Chicago allies orchestrated the treaty, with the help of Wilkerson, publisher of The Hollywood Reporter, who provided his own mob contacts as well as friendly press coverage. Wilkerson’s son, W.R. Wilkerson III, details this curious alliance in his candid and well researched book, Hollywood Godfather.”
– Deadline